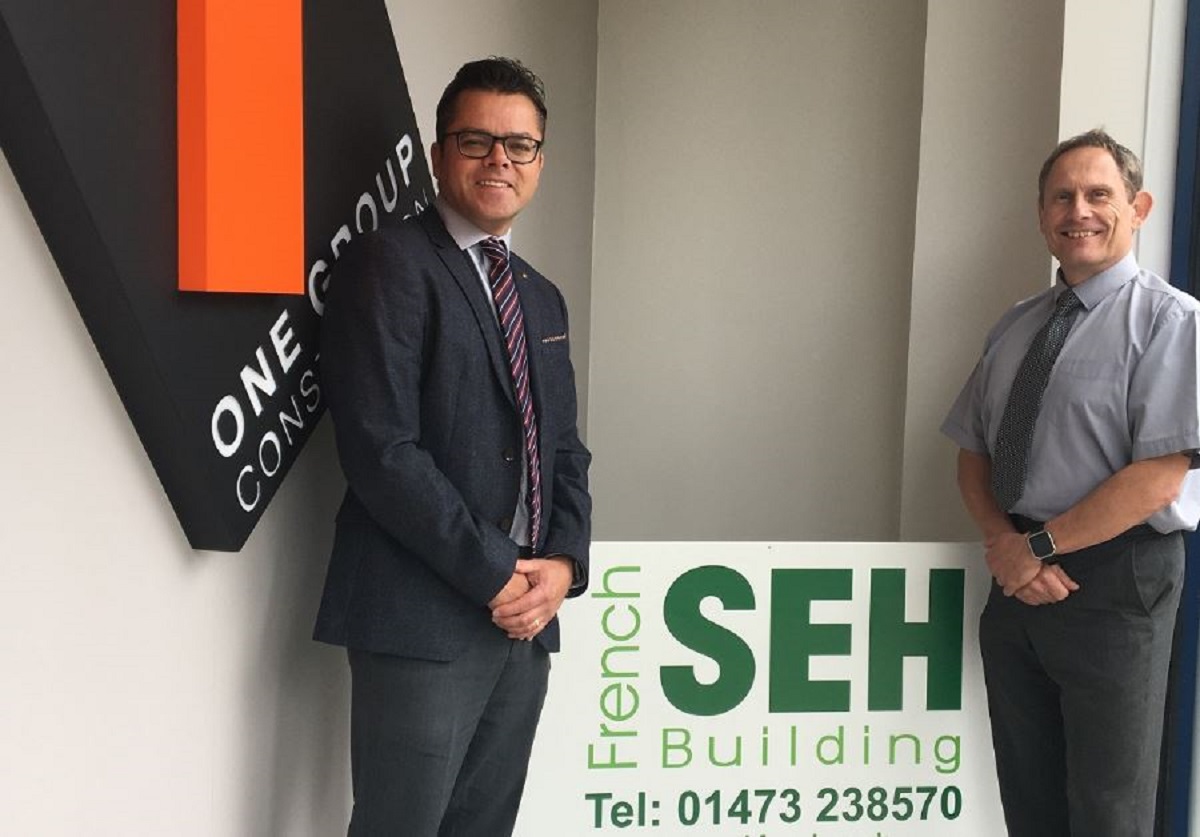 A respected director with more than 25 years of experience has been appointed to take the helm at an Ipswich-based construction firm.

Bob Page has joined SEH French Building, part of One Group Construction, as a director alongside Matthew Welham.

He joins from Robert Norman Construction, known for transforming high-end properties, where he spent nine years and was latterly managing director.

Bob, who has worked on projects ranging from commercial to high-end domestic, said: “I’m really looking forward to this next chapter in my working life and the new challenge that SEH French Building brings.

“I relish a challenge. I don’t want to just slot into a business – I thrive on my ambition of changing things for the better.”

SEH French Building was set up in 2017 to undertake small and medium sized building projects such as new builds, remodelling and alterations, conversions, and extensions. It works alongside its sister company, SEH French Construction, which undertakes larger scale projects.

Bob, who started out as a carpenter, has already identified areas of the business he wants to work on including carving out a niche for SEH French Building and strengthening the SEH French brand.

“We want to mirror the standards and reputation of our sister company SEH French Construction,” he added. “Communication skills is an important area for me.

“As a company I really want us to understand a client’s aims and that needs to become a culture. Strong relationships with clients make for a successful business.”

Another area for development is employees. As well as the two directors, the company employs its own foreman and key tradespeople.

Fellow director Matthew added: “It is great to have Bob on board. We have not had anyone in the business until now who can give the level of support and direction the company needs.

“Bob will be able to help our employees to strive to upskill. If we can help improve someone’s ability and give them authority, we can improve them and the business as a whole.”

Richard Neall, chief executive of One Group ConstOne Group Constructionruction, said: “Individuals with Bob’s combination of experience and good nature are few and far between.

“As such, his appointment is fantastic news for SEH French Building.

“He will bring a focus to the company and a fresh set of eyes on how to drive the business forwards.”