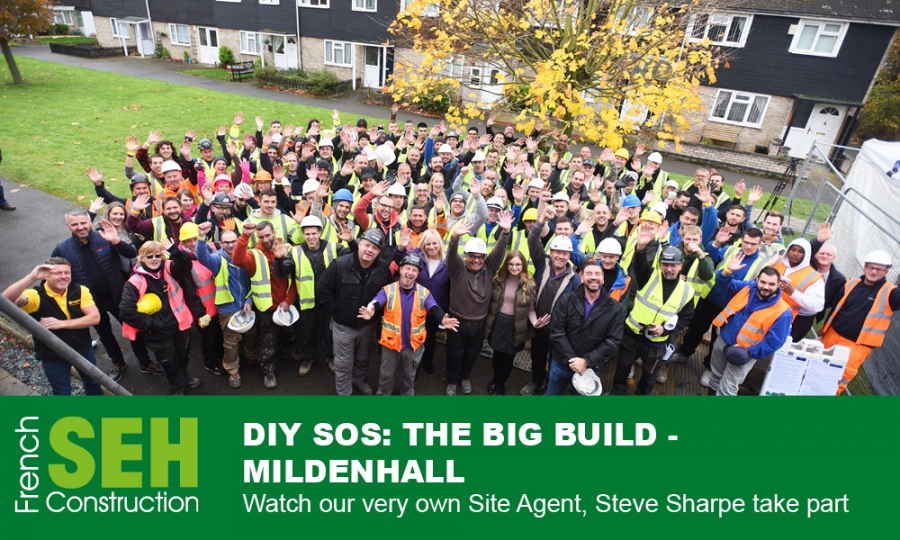 After supporting his football team at an away game, he was set upon by a gang of men in a brutal and unprovoked attack. Tragically, the vicious 90-second attack had left him permanently brain damaged, paralysed and unable to walk or talk, needing round-the-clock care. In July 2017, the 13 men were convicted for a ‘ferocious attack’. After many months in hospital Simon is finally home, but his current house is now unfit for purpose and inhibiting his rehabilitation.

DIY SOS: The Big Build, presented by Nick Knowles, take on Big Builds across the country in just nine days. These projects rely on the support and generosity of the local community of tradespeople and suppliers to carry out the work and to help transform the lives of truly deserving families.

During the build, our man Steve helped to prepare the house for a large extension and install drainage for a new wet room. Over 720 people volunteered over the nine day project.

Steve said: “When I signed up to the build I knew I would be helping Simon and his family but I didn’t expect it to affect me so much. There was a fantastic team spirit during the build and I came away with new friends and lots of thoughts on how to help more people”