Piece of history found as Bungay School builds for the future 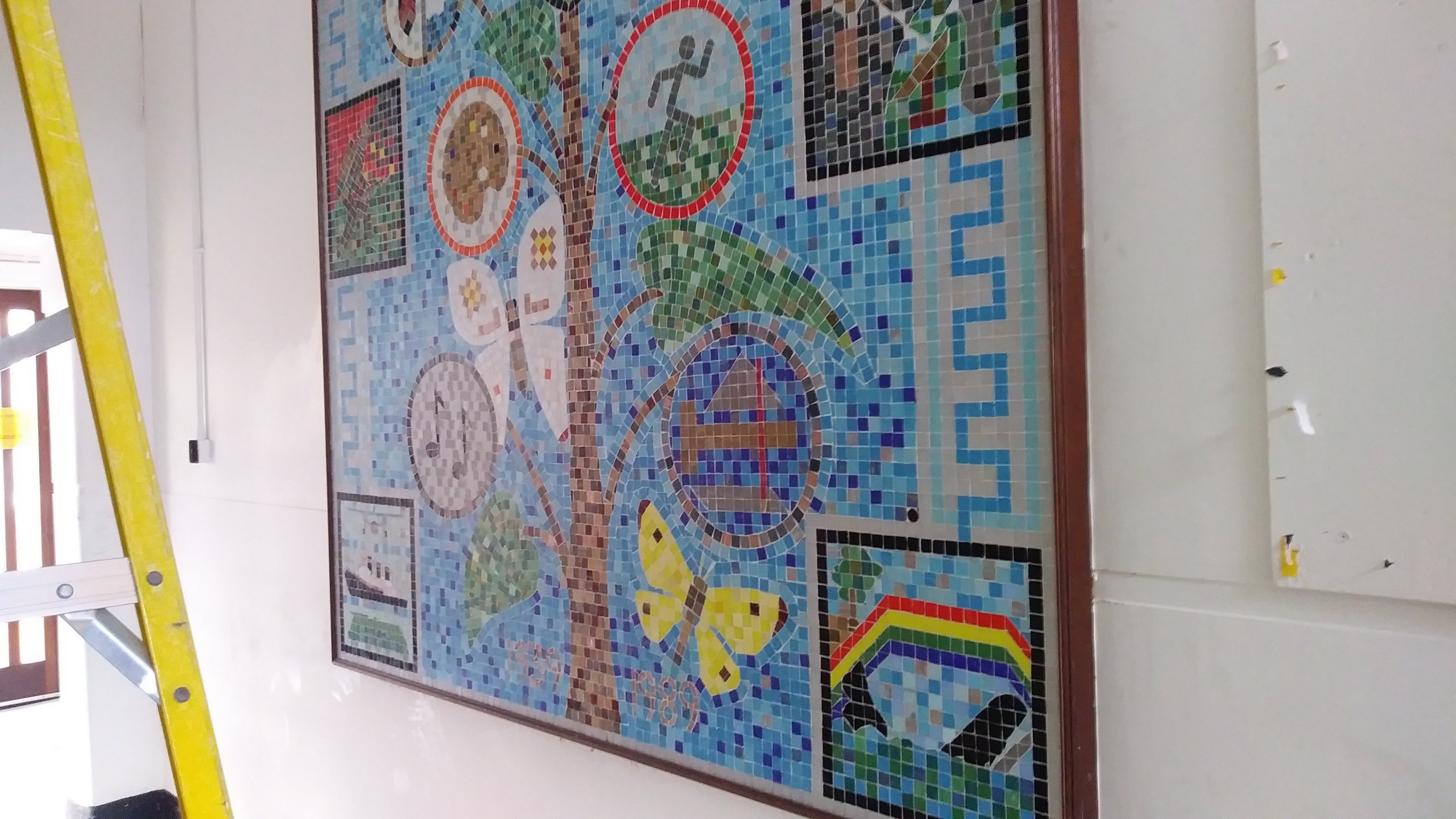 A time capsule has been found hidden behind a mosaic wall during the construction of a new SEND school in Bungay.

Workers from SEH French Construction, the construction firm in charge of the conversion of Bungay Middle School into an 80-place SEND school, discovered the historic capsule while removing a corridor wall.

The remnants included photographs of how the mosaic, produced for the former middle school’s 50th anniversary, was made, alongside a letter from teacher Mrs Linger and her students.

“Due to the way the mosaic was installed in the corridor wall, it was unable to be saved during construction,” he said.

“We removed the mosaic to proceed with the conversion of the rear corridor and, to our surprise, found these amazing articles.

“We were intrigued by the mosaic from the moment we arrived on site, but to find out a bit more about how and why it was made has made this project particularly memorable.”

Simon Linger, the husband of ex-teacher Sally Linger, one of the driving forces behind the mosaic’s construction, said:

“It is unfortunate that the mosaic couldn’t be saved, but I fully understand why it needed to be moved.

The design & construction of the mosaic in 1989 took over the lives of my wife Sally and her colleague Andy Gray, who has sadly also since died.”

Mr Linger is trustee of the East Anglian Schools Trust (EAST) who are sponsoring the new school due to open this September, which will be known as Castle EAST.

The 20,000 tile, 250-kilogram mosaic featured themes from each of the five decades the school was open until its 50th anniversary, including depictions of space exploration and World War Two.

According to a press release on the mosaic issued in May 1989, the artwork took over 300 hours to complete during lunch breaks and non-teaching time, with every single pupil and teacher at the time having laid at least one tile.

Former student Keira Booty spoke of her fond memories of the school’s centrepiece:

“The mosaic was huge and each of us walked past it every day – you couldn’t miss it!” she explained.

“It’s one of my clearest memories of my time at Bungay Middle School and although it’s a shame the mosaic can’t be saved, I’m delighted that the middle school is being repurposed for such a vital facility.”

The Bungay Middle School site was closed in August 2012 and later used as a sixth form, with SEH French Construction starting work alongside Concertus on the conversion of the site into an all-new SEND school in January 2021.